More pictures of the kittens...

We still aren't sure what to name them.... Most of us (meaning everyone but Caleb) agree that they should be named after candy bars, but some of us (meaning Caleb) think they should be named after something different.... like after weather! :-(.
But, last night we (Caleb, Sam, and I) were discussing the matter of the un-named kittens, and Caleb had another 'bright' idea!
He said "What if we named them after wildcats?" I think that is a better idea than the weather idea he had, don't you?!
Anyway, I think we all agree that Wildcats is the best idea so far (especially cause we All agree!), So then we had to figure out what wildcat names to use.... so far we have:
(for the boys)
Tiger and Lynx :-)
(for the girls)
Puma and ????????
We can't figure out what to name the second girl, do you have any ideas????? 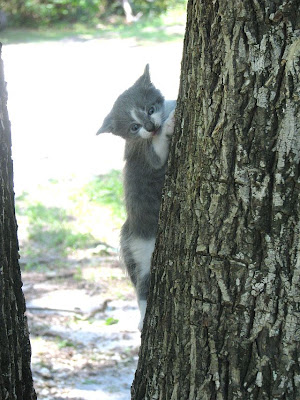 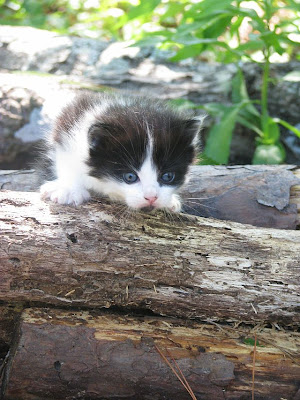 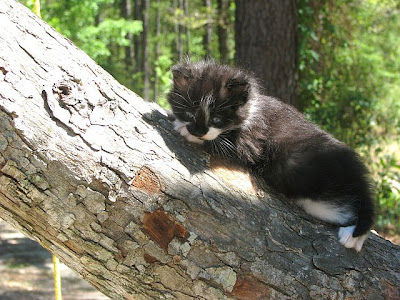 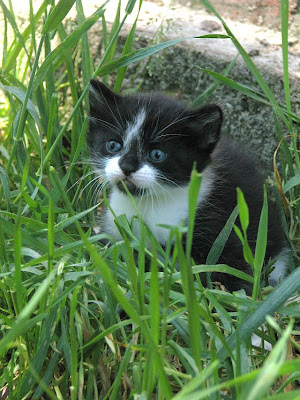 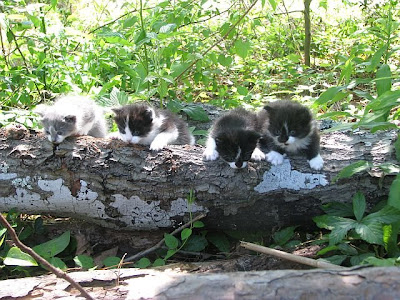 Group pictures of our 'Wildcats' :-) 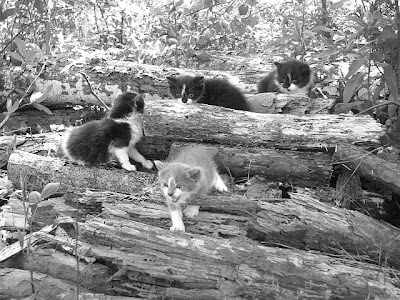 I Love this one!
It was pretty hard to take pictures of 4 kittens, Sam was trying really hard to get them All to look the same way, at the same time! It was a challenge!
Posted by Molly at 4:02 PM

awww ...they are sooo cute!!! And the pictures of Nehemiah are ADORABLE!! ;) I actually had looked at your blog, but I just was in such hurry, I didn't comment. ;)
~Hannah

sorry, but I don't think I know any wild cat names....I had trouble enough finding names for my own kittens! but, I didn't have anybody to have to agree with....:P but if I think of something, I'll tell you!

panther....;) you probably already thought of that though. ;D

Ya, we thought about Panther, but we thought it just didn't sound right...:-)

Tiger
Saber (as in a Saber Tooth Cat!)
Puma and
Lynxie!