On the second day that we went to the Creation Museum, we went to a program called "Snakes Alive!" Rick Teepen was the 'snake' guy, he had 12 different kinds of snakes (Corn Snakes, African Rock Python, Milk Snakes, King Snake, several different kinds of Albino Corn Snakes, and an Albino Burmese Python...)
He also had a pet snake (the Albino Burmese Python) named Chiquita, he weighed 80 pounds, and was 13 feet long, the guy said when he is full grown he's supposed to be 18 feet long and weigh 160 pounds! Now that's a big snake!
Here are a few pictures from "Snakes Alive" 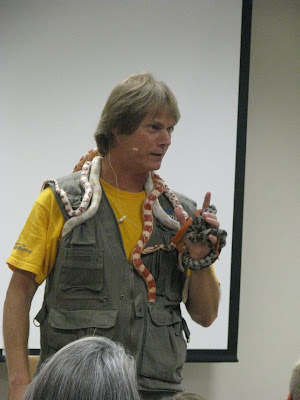 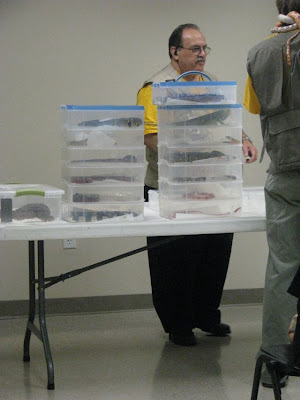 Mr. Rick's assistant with the boxes of snakes, 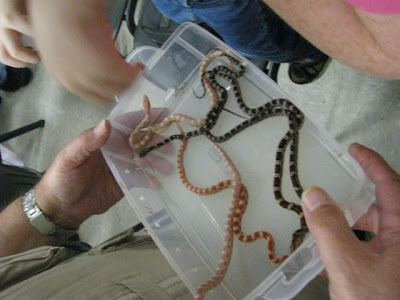 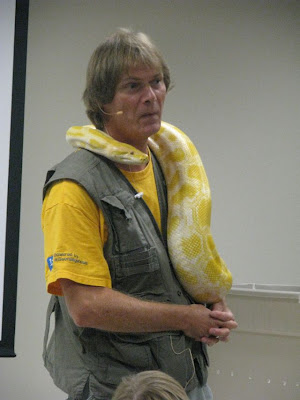 Aww, isn't Chiquita the cutest little snake you ever did see?! LOL! 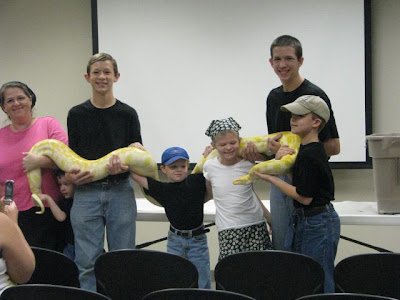 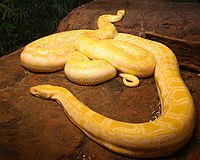